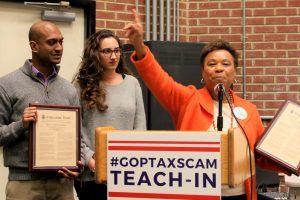 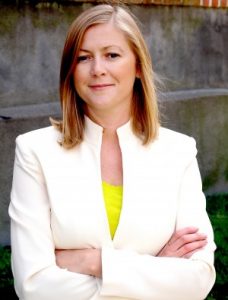 The Science Policy Group is teaming up with 314 Action to bring that group’s founder and president, Shaughnessy Naughton, to campus to discuss Science, Politics, and Policy. Our discussion will revolve around the challenges scientists face in politics and the importance of including science in the process of policy-making.

The event will be held at Anthony Hall on Monday, December 18 at 5:30pm and is open to the public. The discussion will be followed by a networking reception.

If you’re interested in joining us, please RSVP here: bit.ly/UCBerkeley314Action1218

314 Action is an organization that supports scientists and STEM professionals seeking elected office.

On Wednesday, November 15, Science Policy Group members organized a phone blitz for graduate students to make calls to their Congresspeople and share their opinion about the tuition exemption in current tax law. Students from six departments made over 150 calls to legislators in about three hours, and the next day the clause was brought up on the floor of the House.

The Tax Cuts and Jobs Act removes existing tax law section 117(d), which exempts our tuition from our taxable income. It means that graduate students don’t pay taxes on the ~$15,000 – $50,000 of tuition that our departments pay universities on our behalf. SPG member Vetri Velan wrote a document that outlines the impact of this change on students from different schools. In line with our group’s commitment to enabling everyone to take action, resources were made available to students calling both in support of and opposition to the change.

As of November 16, the removal clause remains in the House language that passed the chamber. Similar language is not present in the Senate’s version of the bill; if the current version gets through the Senate, the clause will be up for discussion in conference. Keep an eye on this page and on our twitter account for further updates.

We are a new UC Berkeley student group, beginning in the Fall 2017. We meet every other Monday at 7:00, usually in LeConte 375, and discuss anything and everything at the intersection of science and policy. The group is currently mostly graduate students, but undergraduates are more than welcome. Come join us!